Rapunzel fascinates me--both the story itself and the mystique around it.  It is one of the most famous fairy tales, and yet it is never recounted or artistically rendered as much as other tales are.  A search on DeviantArt for Beauty and the Beast brings up over 19,000 images.  A search for Rapunzel brings up around 3,000, most of which are cartoon-style sketches.

I started wondering why it is that the fairy tale of Rapunzel has been reduced down in pop culture into a simple image of a woman with extremely long hair...an image most popular in Barbies and porcelain dolls.  What happened to the romance of the rest of the tale?  A woman who should have never found love having love come to her through the beauty of her voice, not her face, and two lovers finding each other again, one outcast, one blind?  It's a beautiful story, but I'd argue one of the reasons why it is relatively unpopular is because it's impossible to maintain the complete original story, and make it "moral" to a conservative nation.

Other fairy tales may have begun with adults as the intended audience, but over time, the tale was scrubbed up and given a new face for children.  In today's society, still very influenced by Christian values of abstinence and purity, the idea that a prince and a beautiful woman could fall in love, and the woman could end up pregnant before she ever left the tower to be legally married...well, such a thing just will not do.  Most modern storybooks of Rapunzel include the birth of the couple's twins in the desert, but they completely gloss over the how and why it occurred, treating the incident like some sort of divine conception.

The entire fairy tale seems to be an argument in favor of the idea that two people can be married in the eyes of God without formal vows being exchanged.  Indeed...after glancing at two story books, and the version of the tale written by the Brothers Grimm, the story ends with the prince leading his "family" out of the wilderness, and their living "happily ever after" with no mention of a wedding.  The Brothers Grimm story, however, seems to eliminate the babies altogether.  In some versions, Rapunzel's betrayal in some versions is discovered when she asks her "mother" to help her take out a dress that fits too tightly (because of her pregnancy), but in the more common version, she naively complains that her "mother" is far more heavy on her hair than the prince.

I wonder too, with the Victorian symbolism of a woman's hair, if the moment the prince saw her with her hair down and unpinned if to them, that indicated marriage.  In Victorian times, "dressing" and "undressing" a woman's hair was just as titilating as dressing or undressing the rest of her.  A woman's hair was only seen undone by her husband (unless she was a floozy, which Rapunzel clearly was not).  I did some research on the Victorian's fascination with hair for my Pre-Raphaelite blog.  Link:
http://thebeautifulnecessity.blogspot.com/2008/03/pre-raphaelite-tresses.html

But a Victorian woman's hair could also be viewed as a web or a net to entrap, which also works perfectly with this fairy tale, as the witch later uses the hair to trap the prince.
http://thebeautifulnecessity.blogspot.com/2008/03/dark-side-of-victorian-hair.html

Rapunzel's hair is certainly a fascinating symbol, but it's the one aspect of the story that has endured, while other lessons and symbols in the story go virtually untouched.  Terri Windling, however, in an excellent essay on Endicott Studio, wrote these words, which I'll end with:

Rapunzel's story has become part of our folk tradition because its themes are universal and timeless. We've all hungered for things with too high a price; we've all felt imprisoned by another's demands; we've all been carried away by love, only to end up blinded and broken; we all hope for grace at the end of our suffering and a happy ending. The story has additional resonance, of course, for those of us who were given up by one or both of our birth parents, as it does for those raised by parents who are over–protective or over–controlling. In the end, the story tells us, we have to leave the tower one way or another, weave a ladder or leap into the thorns. We can't stay in childhood forever. The adult world, with all its terrors and wonders, waits for us just beyond the forest. 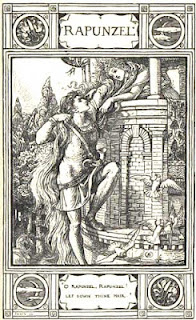 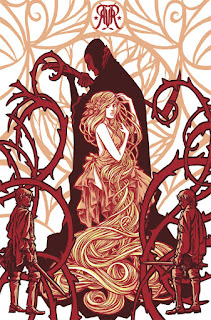 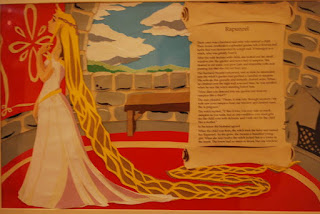 My favorite on DeviantArt: 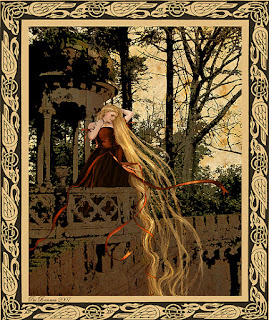 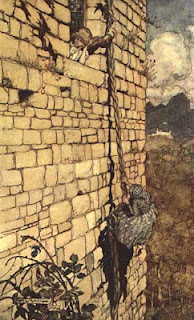 The Franklin Mint doll that started my obsession with long hair as a little girl: 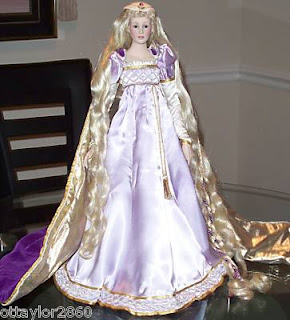 The Columbus hair salon where I used to get my hair trimmed.  What a great salon concept!