Inside Genie's Lamp: The Decor of Fairy Tales III

When I came up with the idea of doing a series of blog posts about what the real world decor of fairy tales would be like, my husband Tom had a great suggestion:  Inside Genie's Lamp.  What a fun idea!

First the most important detail: the lamp itself


There are some gorgeous fancy versions available:

But ultimately if you're going to stay true to tale, the lamp has to be old and simple.  This one is quite perfect I think.

Can't you  just picture Aladdin rubbing the grit off the side of that one to get it to shine?

When Tom first suggested this blog post idea to me, I thought it was such a fun idea.  I was surprised to find out that they actually had a special feature on an Aladdin DVD featuring a tour inside Genie's lamp.  So first, for fun, here's Disney's take on the lamp interior. 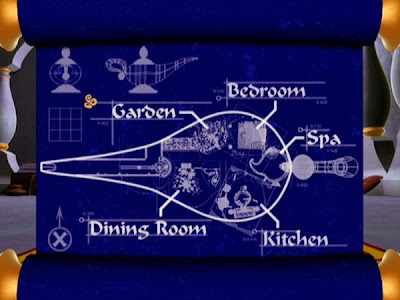 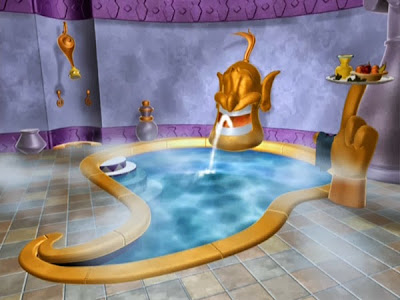 Here's a hotel that actually created a room based on Genie's lamp. 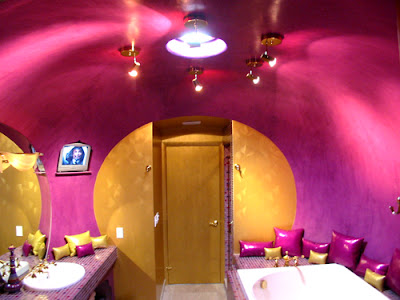 And here's a rather Disney-esque kids playroom also inspired by the inside of the lamp.


But really when I think of the decor inside Genie's lamp, I picture things like below: 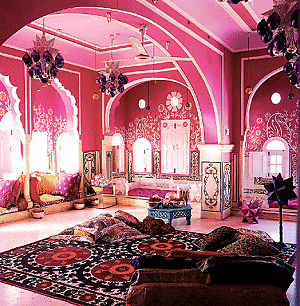 Genie's lamp can't have any or many harsh corners, since it's curved, so softening the edges of the room with draperies are a great idea. 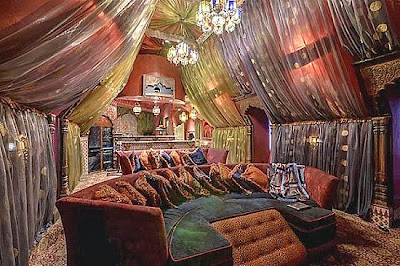 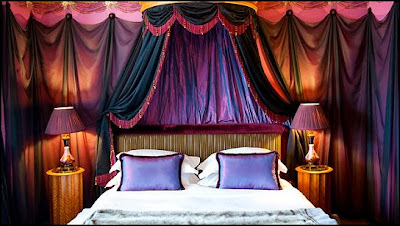 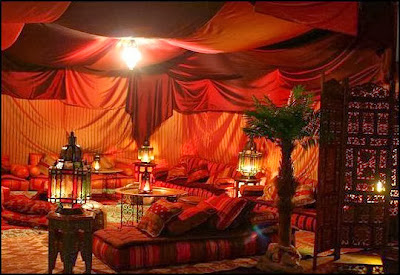 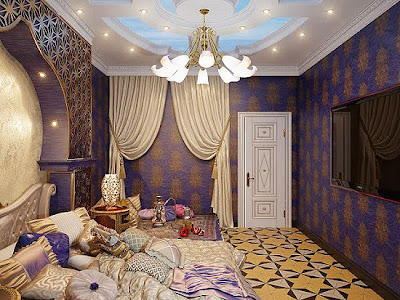 I love the canopy in this Arabian Nights bedroom.  It's very dramatic in a way I think a Genie would appreciate.


Look at these incredible bookcase niches!

I would almost sign a contract to be a Genie to get this bathroom:

Below is a beautiful Moroccan theme bedroom.  I feel like it brings the fantasy of Genie's lamp to life in a doable way for a real home. 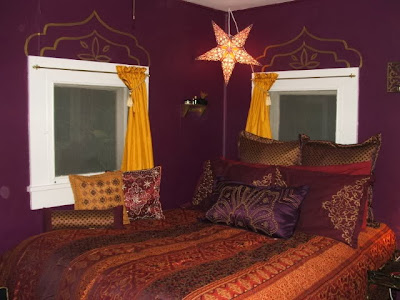 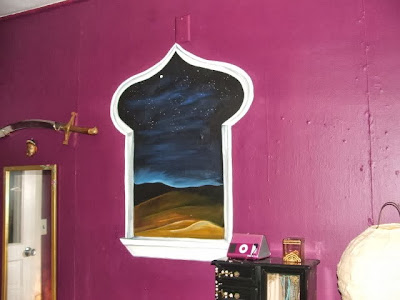 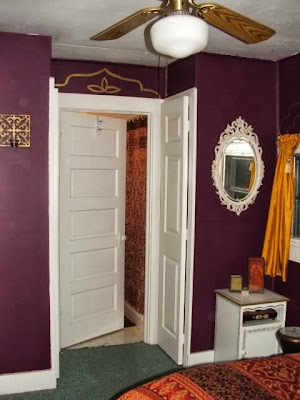